Phineas was retrieved from Darent Valley Hospital into the Paediatric Intensive Care Unit (PICU) of London’s Evelina Children’s Hospital. Over that time Phineas was treated by more than a hundred and twenty clinical specialists, about four fifths of them at the Evelina. There were doctors, consultants, registrars, nurses, matrons, ward sisters, students, phlebotomists, radiographers, metabolic specialists, virologists, and these were just the ones that actually saw him. There were as many, if not more, clinical scientists and technicians analysing and interpreting the various tests he was subjected to and samples taken from him. There was the ambulance technician and the retrieval team who collected and treated him on the journey to the Evelina. There was the counsellor who was there for us as parents.

As a photographer I found myself thinking about all the hidden talents within this huge team of people – the unsung men and women whose work as technicians and scientists underpin the decisions that the doctors make and the nurses carry through. The doctors get the plaudits, but the reality is that all these different facets of modern medicine need to work together to produce the outcomes that we as patients and parents yearn and pray for. 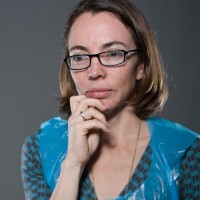 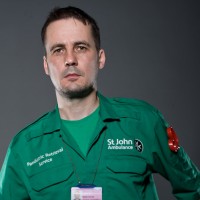 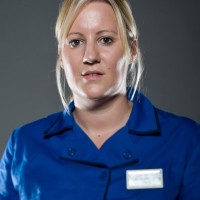 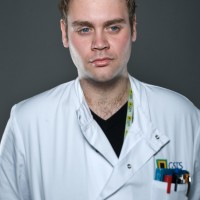 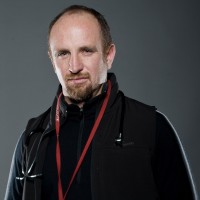 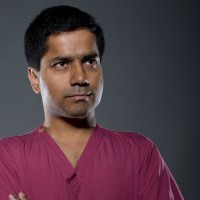 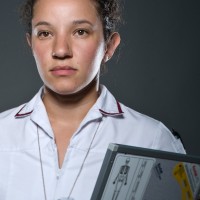 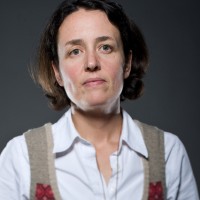 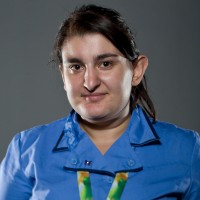 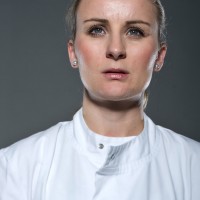 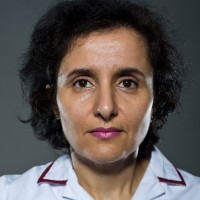 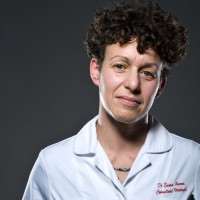 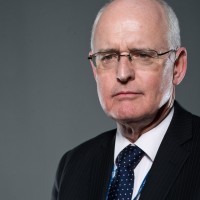 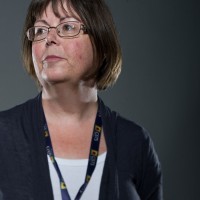 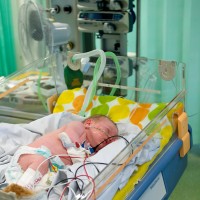 The more I thought about all these people, the more I kept thinking about Richard Avedon’s seminal work The Family, and more recently of Nadav Kander’s Obama’s People. Both these projects used portraits shot against plain backgrounds to highlight the differences in character – the repetition of style and of people was the motif, and yet it is this approach that highlights the enormous differences from subject to subject.

It is a form of typological study that was perhaps made famous by Bernd and Hilla Becher and their studies of blast furnaces, and taken up by other photographers including Donovan Wylie and his study of the Maze prison. The difference is that with people the subject has the capacity to introduce its own character and agenda to the way that they are recorded; it is necessarily a two-way process. Certainly these are “my” portraits and they reflect something of my intention, but as each individual sits for me, they have control over the face that they present. For a good portrait there must inevitably be a balance in that “dialogue” between the subject and the photographer.

Avedon chose to shoot in large format black and white, with a simple white background. His subjects were the men and women who ran and shaped America. From Gerald Ford as President to Roger Baldwin, the founder of the American Civil Liberties Union.

Kander chose to use a similar approach to document the nascent administration of Barack Obama as he was about to take office, but in this case he shot in colour, with a creamy background. The images have been digitally worked to some extent, putting a shadow close in behind each person, and emphasising the texture of each person. There is a kind of hyper reality about them which makes each face fascinating to look at. Although the work was regarded by some as something of a departure from Kander’s norm at the time, it was nevertheless imbued with his artistic sensibilities. It had his “signature”.

Both of these bodies of work were successful for the combination of simple, arresting portraiture and the fact that the subjects were either household names, or held positions of power that made their faces worthy of closer inspection.

For Phineas’ Friends I felt certain that a similar approach would be ideal. To the best of my knowledge no one had taken this approach with a medical documentary before, and the strength of the story would reside in the fact that as the reader moved through all of these portraits it would dawn on them that the common link for all of them was a single patient – a baby. There are 63 portraits in the finished project (these were the ones it was possible to track down and persuade to sit for me). None of these people are famous, nor was the patient. But the pull of such a small child as a narrative element is undeniable. Perhaps more importantly, we are all able to see ourselves in that baby. And when we do Phineas’ friends become our’s. These are our doctors and nurses and technicians and scientists. These are the people that keep each of us alive if we need them. As Phineas is a metaphor for all patients, so too his friends are a metaphor for all the clinicians working in all the hospitals around the world. Once we realise that, the old narrative beloved of dramas and documentaries seems a pale approximation of the truth – modern medicine is not a doctor and a nurse, it is a vast team of specialists.